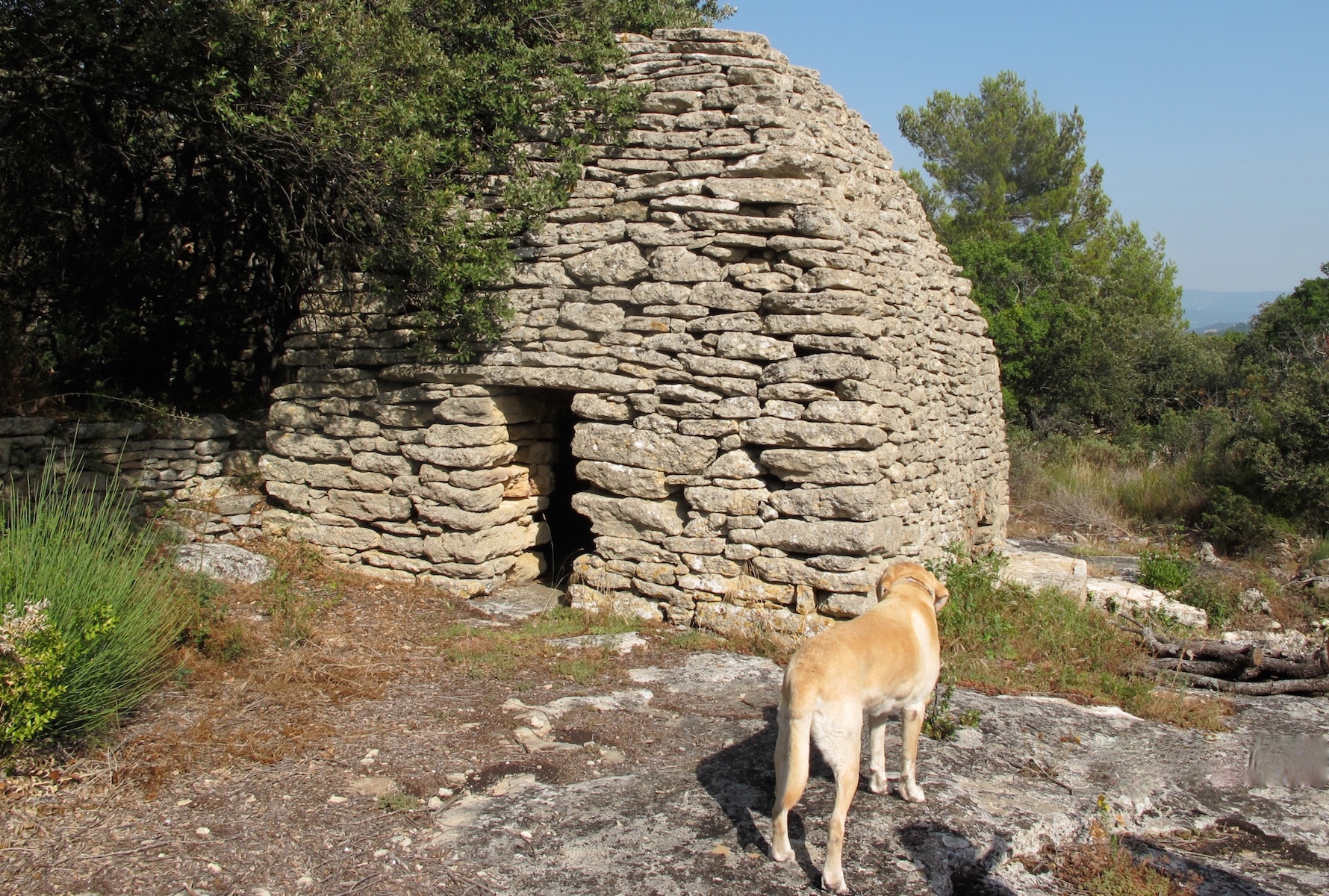 A Borie in Gordes for Winemaking

Scattered about the countryside of Provence, bories are ancient dry-stone huts and cabins fashioned out of dry stones (pierres sèches). They are stacked, carefully, without any adhesive or binding, a practice dating from the Bronze Age until the 18th Century.

On a mountain top across a wide gorge from the village of Gordes, a colony of bories, shielded by stone fences, nestles amidst a 35-acre plot of oak trees. A friend’s dog lazily leads me to a borie customized for winemaking.  The colony was of sufficient number to merit a dedicated unit for vinification.

Wine tanks hollowed out of rock are one of the original structures for making wine. The most numerous vestiges of this winemaking method are found in the Vaucluse in the wine appellations of the Ventoux and the Luberon.

From 1983 to 1993, the Regional Service of Archeology in Aix-en-Provence identified about 80 rock-carved wine tanks in the region. According to the owners of the property, this particular winemaking borie dates from the 16th century.

Harvested grapes were brought to the mouth of the borie and placed in a rectangular basin, which served as a wine press (un fouloir). Crushed by feet or by the use of planks, the grapes released their juices, which flowed through a hole into a vat hollowed out from stone. 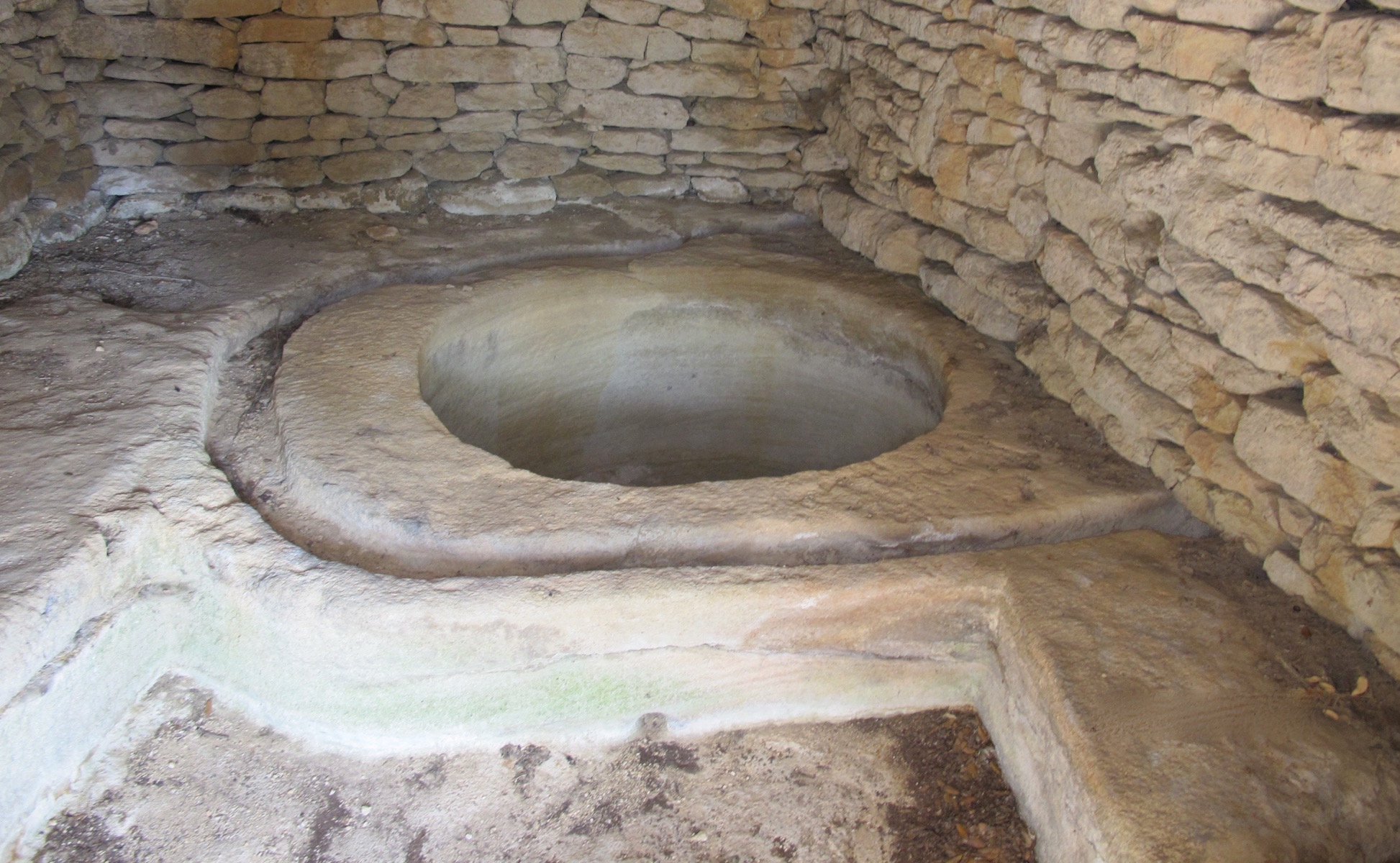 Grapes pressed in a basin; Juice flowed into the stone vat for fermentation

Research revealed that the rock vats had a standard size: 5 feet deep, a volume of 110 cubic feet, and holding about 88 gallons of wine must.

Once fermentation was complete, the juice was released through a hole at the bottom of the vat where, from narrow trench on the outside, the wine was collected in containers and bottles. A head stone make for a roof covering the collection area. 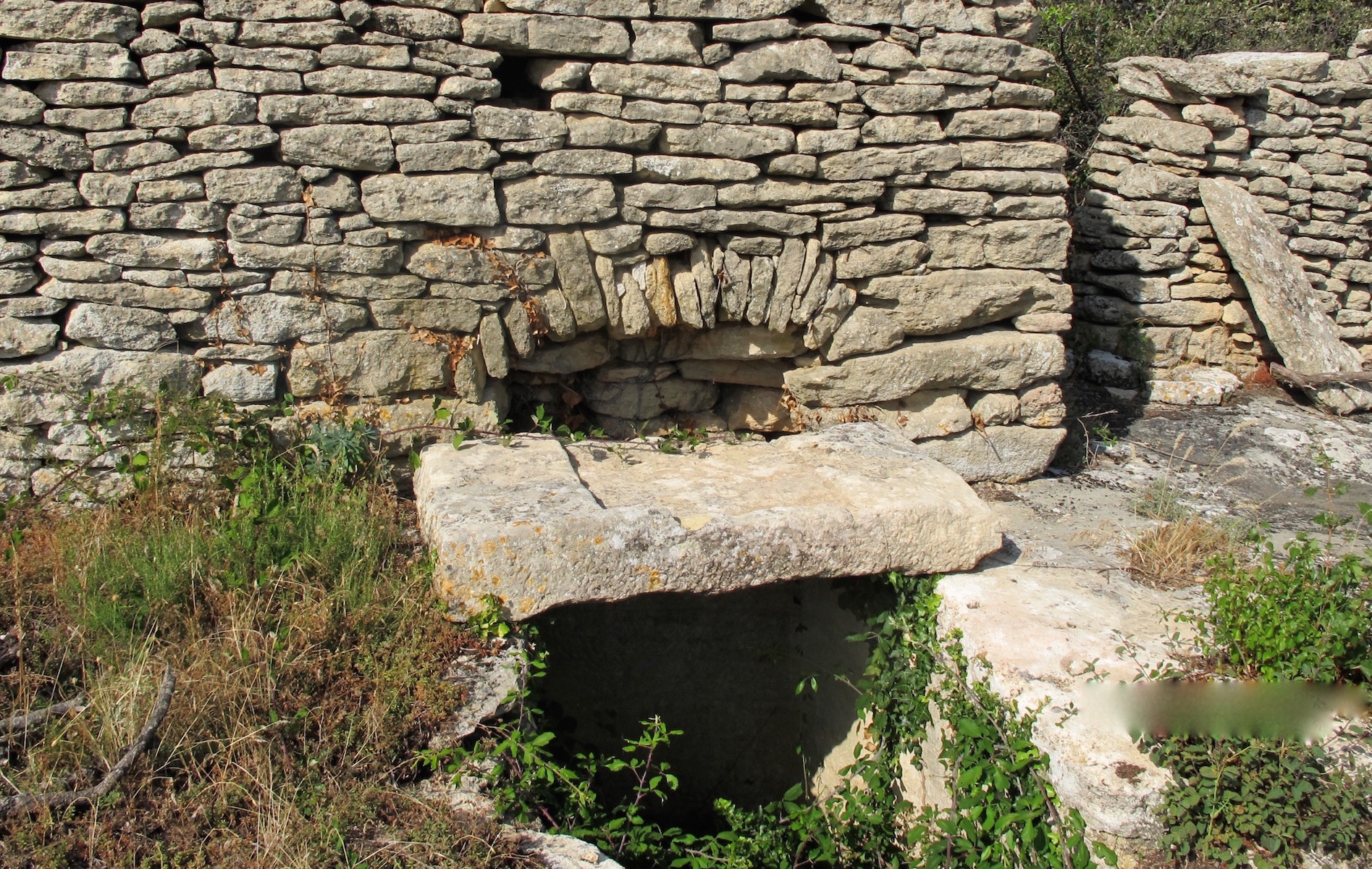 From a hole below the head stone, wine was poured from the vat into containers

The clandestine location of this winemaking borie – tucked away on a mountaintop far from any village or vineyard – was a common tactic to avoid paying the tax on wine (les droits de souquet), or other taxes levied on wine.

Standing in the stocky sturdy borie makes you feel a little dreamy, as there is some retrograde part of your brain that imagines, perfectly, how tidy and unalloyed the process of making wine was way back when.