When Success is Not Enough: Dauphin of Wine Legend Alexis Lichine, Sacha Lichine Decants His Emotions 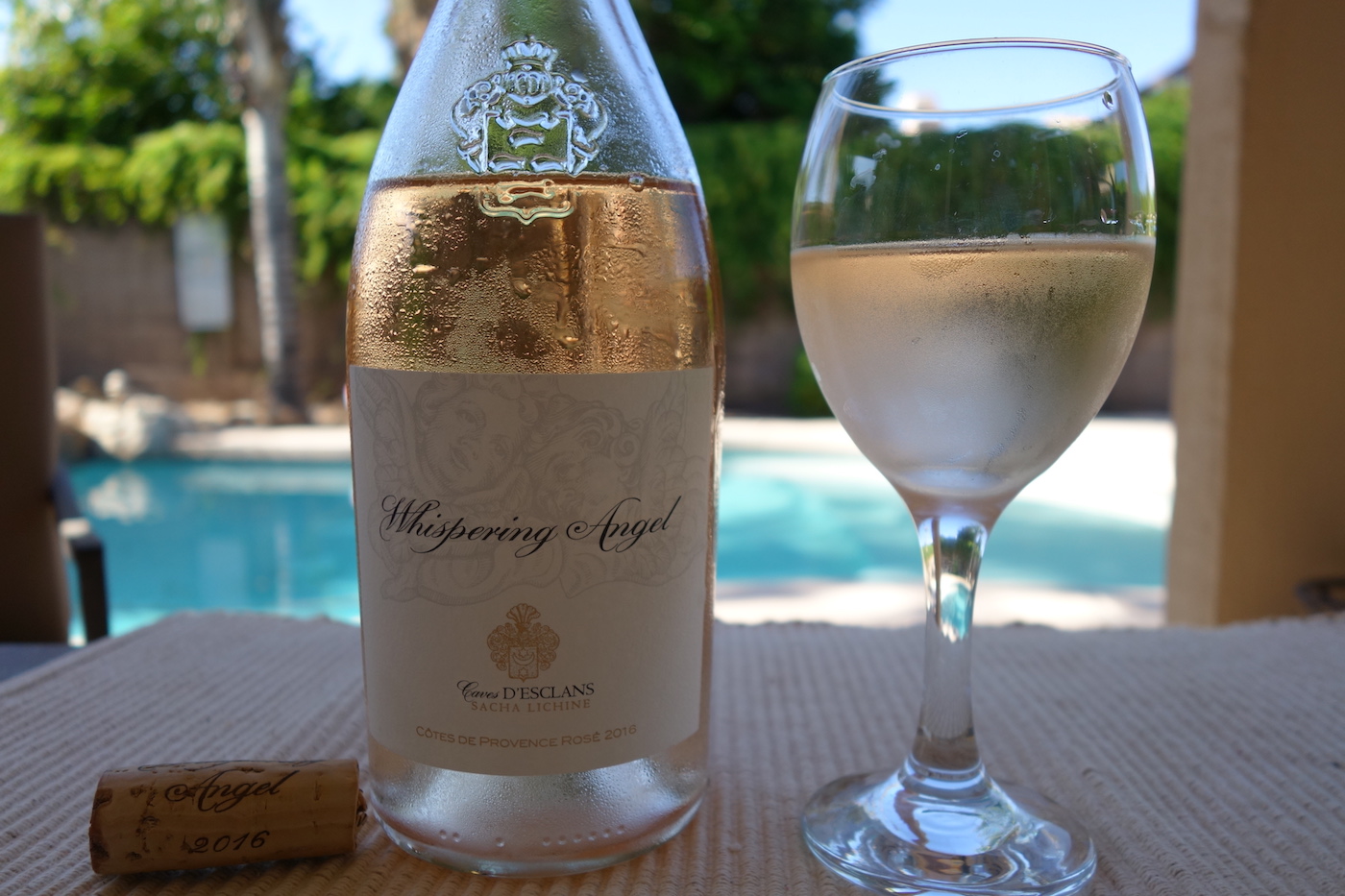 “No one gets over anything.” Jim Harrison

Alexis Lichine: The Pope of Wine

I can not count the times, down the years, to come across a memoir by an unfamous offspring of a famous personage in the literary or art world, premised on some anger at the real or perceived shortcomings of the father.

I never thought of a twist on this phenomena asserting itself in the wine world. An ambitious son, Sacha Lichine, who leveraged a heritage into unimaginable riches, emoting on the memory of his wine industry legend father, Alexis Lichine, in the French newspaper Le Monde. At first read, I was bouche bée (astonished).

In the early 80’s, at a café on the rue Saint Honoré, I met up with a strawberry blonde actress in from Hollywood. She thought that I, with my minor roles in French cinéma, could lead her to an audition with an A-list director like Bertrand Blier.

Suddenly, she had to run to the gare to catch a train to Bordeaux. Her destination: Château Prieuré-Lichine. Her host: Alexis Lichine. When crossing streets, her beauty crushed hearts beneath her heels.

Author of the Wines of France

A Russian-born naturalized American, Alexis Lichine seized the wine world by its trunk. He commanded at various times every branch: retail salesman in NY, leading importer of French wines, author of “Wines of France” and “Encyclopedia of Wines and Spirits,” owner of Château Prieuré-Lichine in Bordeaux, and other properties. He was an incessant advocate for French wines in the U.S. and on French TV.

Alexis Lichine had a reputation, even at un brave âge, as a noceur, a lover of parties and beautiful company – “les demoiselles,” as he told People Magazine.

Known as the “Pope of Wine,” Alexis Lichine could be brash. And difficult, to which he confessed: “Of course I am difficult. Marlene Dietrich once told me that people who know what they want are always accused of being difficult.”

When I relocated to Manhattan to sell wine at an upscale shop near Central Park, one spoke there of Alexis Lichine in the hushed tones reserved for kings.

The great Frank Prial of the New York Times gave this salute to Lichine upon his death in 1989. “We had come in the end to think of him as a kind of Monument Historique, dominating the wine scene the way the Eiffel Tower dominates Paris…Imperious, querulous, egotistical…He was one of a kind and we shall not see his like again.”

Sacha Lichine: To the Château Born

Sacha Lichine grew up in Manhattan, attending the Lycée Français, and spending summers in Bordeaux.  Alexis and his mother divorced in the early 1960’s.

At an early age, Sacha came to know the wine world and its ways. He organized tours to posh restaurants in France and was a sommelier. Assignments followed at a wine brokerage and a wine importer, and setting up a distributorship for Louis Roederer Champagne in the Caribbean.

All the while, a self-absorbed Alexis reveled in the social frenzy and the grandeur. He split his time between a 14-room apartment on the Upper East Side and Bordeaux.  Father and son were like two neutral countries: occasional friction but no combat.

Sacha had worked his way up, and seemed to know everything about wine. Yet, there was a yearning for more attention and affirmation. With the years came a mellowing that, as Frank Prial noted, brought a coming together in Bordeaux.

Sacha returned to the Château in 1987. When Alexis passed away two years later, Sacha was well-armed to assume control of the Château Prieuré Lichine.

Sacha expanded production and upgraded the cellars at the Château. He diversified his investments in other wineries and a wine brokerage. Whatever passion there was, it became used up. With Bordeaux no longer lustrous, Sacha moved to Switzerland. In 1999, the Château was sold for a reported $28.8 million. There were debts.

It was to be in the Var, the sun-parched département between Provence and the Riveria, where his true ambition found its place. Sacha’s destiny would remain in wine, rosés rather than reds. 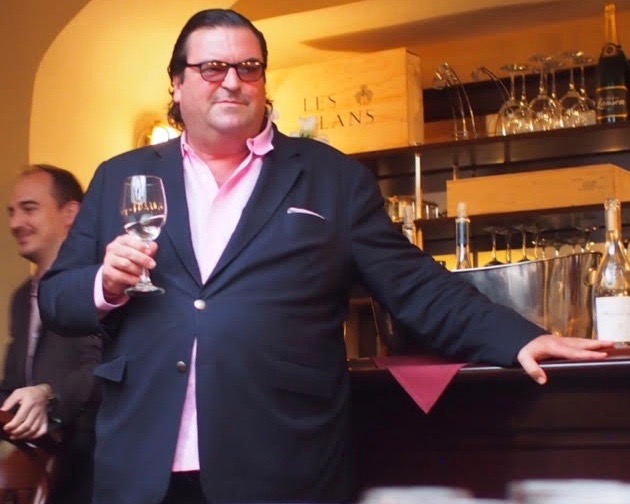 The Pasha of French Rosé

In 2006, Sacha Lichine purchased the Château d’Esclans near the the village of La Motte in a vast area of Le Var known as L’Arriere-Pays Varois.

Sacha’s first move was to launch a rosé called Whispering Angel. It is a négociant  [nay-goh-SYAHN] wine produced by purchasing grapes from multiple vineyards. Whereas production at an estate is limited by the surface area of vines, a négociant may increase supply by buying more grapes from other vineyards.

What mild irony comes calling when one recalls that Alexis Lichine urged French vineyards in Burgundy, Alsace and Beaujolais to produce estate-bottled wines by not selling their grapes to négociants.

The rage for French rosés is manifest in a 55% sales growth in two consecutive years, with more than 800,000 cases from the Provence appellations. Wildly poured (pre-COVID) in South Beach, New York City, and in the Hamptons, Sacha Lichine’s wines represent 20% of all Provence rosés sold, and 25% of their value. Anthony Bourdain loved to quip that rosé is “Hampton’s Juice.”

Snazzy promotional images for Whispering Angel feature playful young women, who are “the best agents for the brand,” Sacha told Le Monde. The wine’s other seductive selling point: paleness, the paler the better.

From an initial 160,000 bottles, production of 2016 Whispering Angel is nearing a stupefying 5 million. Sacha exports more than 2.4 million bottles to the U.S. He aims to do 12 million. His only frustration is supply – French laws limit the planting of vines. On the Chateau’s website, the ever humble Sacha makes a rather dubious claim that Whispering Angel is “reputedly become the world’s greatest rosé.”

The Chateau d’Esclans vinifies three estate-bottled rosés of distinction. If you ever catch a woman sipping the estate’s Garrus rosé, she is either well-loved or very rich ($95.00 a bottle).

“…an irresistible force, a Falstaffian figure who probably drinks more Château d’Esclans than any of his customers and who savors every meal as if it were his last. After spending a long night with him in Miami, I can vouch for his joie de vivre and endurance.”

With his fantastic success and supreme independence comes a certain edge that is dismissive of the wine world, as Sacha told Le Monde:

“It’s the snobbism that I don’t like. All these people who talk about wine in a pretentious way that one cannot understand”

Success Is Not Enough

Sacha learned to swim in the turbulent waters of sheer ambition, and to stay erect amid gusts of narcissism and megalomania.

There were traits of the father that the son took on, among them not to mince words, defiance in ignoring conventions, and the cordial European art of hospitality (l’art de recevoir). To these one can add an essential trait: to sell wine, one must faire du charme (be charming).

In Le Monde, Sacha remarked that his days in Bordeaux have left a sour aftertaste:

“I am from Bordeaux, but I do not like their mentality, the incestuous side. One talks behind your back; everyone wants to take the wife of another.”

These sentiments resonated with those of Alexis who, according to Frank Prial in his book Decantations, “mocked and raged at what he considered the secrecy, the snobbery and the petty jealousies” in the Bordeaux wine scene.

There were early hurts, never forgotten, like fading scars never quite vanished. During the interview with Le Monde, Sacha emoted about intimate details, the dregs of his inheritance.

“I have much respect for him, but he was a very bad father. He was too tough, emotionally abusive*. He did not care for his wives, nor for his children. The world turned around him and his affairs.”

Then another eruption, this one more graphic:

“I have a selective memory. At 14, one pushed my head down into a toilet, and flushed it. That I do not forget.”

Sacha, like Alexis, lives life in accordance with success, relishing its intensity, its pleasures, and its boundlessness. That said, for any son or daughter of a great man, one always exists, in a large or small part, in the shadow of the one gone before.

Success is not enough for breaking free from the iron chains of memory. The writer Jim Harrison cautioned us: “One never gets over anything.”

*The term Sacha employed was “pratiquait le tabassement émotionnel.” Tabassement is derived from the verb tabasser, which means to hit repeatedly with force, to thrash, literally, to beat up. Pratiquait means practiced.